26 Nov Happy Birthday to Us! 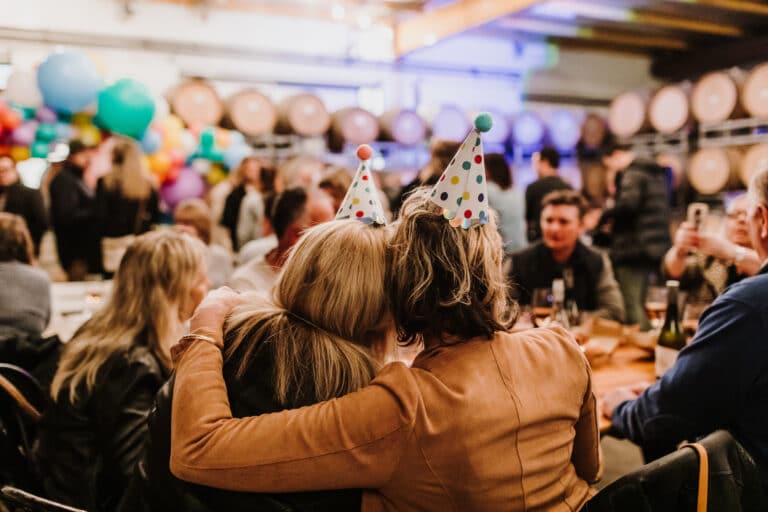 We tend to find that birthdays cause a bit of nostalgia. In September, we celebrated our cellar door’s third birthday, and it got us thinking about where we were three-years-ago and even before that. Three years ago, we were creating and distributing awesome wines, but we were without a cellar door. A lot has changed since Rob’s first vintage, and a lot has changed in the last three years since throwing open our doors.

Let’s go back to the beginning of Rob Dolan Wines. After 35 years in the industry, working on some of the biggest labels in the Yarra Valley, Rob Dolan launched his own label in 2010, aptly named ‘Rob Dolan Wines’. His first vintage was released in 2012. There was “growth from the word go,” according to Rob – securing large distribution deals nationally and then internationally to China, Singapore, Hong Kong, Canada and the UK early on. With larger distribution, came larger demand. The winery in Dixons Creek that Rob had leased for the first two vintages wouldn’t do anymore so he bought the former Hardys Yarra Burn winery located in Warrandyte South, where we now call home.

But Rob’s history in the industry goes a lot further back than the establishment of Rob Dolan Wines, and he’s been keeping a close eye on what’s been changing since his first vintage in the Yarra Valley in 1992.

There are a few elements of winemaking where Rob has noticed immense variation due to climate change. Rob realised that between 2012 and 2019, the vintages are running for an average of 7-days less over the 7-year span. This led him to look into this a bit deeper and after doing so, he came to a realisation. Since 1992, 28-years ago, the vintages are running an average of 28-days shorter than they were, losing around 1-day per year in the length of a vintage. This is a strong indicator of how condensed vintages are becoming which poses a multitude of problems to a winery, including: higher staffing requirements, longer shifts and more tank space. These are all issues we’ve had to address more and more since 2012.

The other part of the winemaking process that the changing climate affects is the increased risk of frost burn to the grapes. With global warming, comes less rain. A vineyard with less moisture is more susceptible to frost burn, essentially killing the vine’s chances of producing fruit that year.

We’ve seen unbelievable growth in the sheer amount of fruit that we’re processing and the amount of vineyards we are sourcing the fruit from. In 2016, we crushed 1,635 tonnes of fruit compared to 2019, where we crushed 2,131 tonnes. In 2010, we were processing no more than 10 varietals from less than 10 vineyards. In 2019, 28 varietals were sourced from 50 different vineyards.

The style of wine in the Yarra Valley is evolving as well. The traditional Chardonnay, Pinot Noir and Cabernet Sauvignon are still largely focused on in our winery and under our label. However traditionally warm climate varietals, eg. Nebbiolo and Primitivo, are being planted more, encouraging experimentation in the region.

In 2016, we opened our cellar door on the site of the winery in Warrandyte South. This is a shared space with The Farm Yarra Valley, a rustic function venue with collaboration being at the forefront of our working philosophy. We have been collaborating on events with The Farm since the opening of the cellar door and have enjoyed watching them grow in popularity. In September, we threw Friday Night Drinks to celebrate our birthday with all our favourite people – you guys! The people that have helped us get where we are, buying our wines from local restaurants and bottle shops, visiting our cellar door and enjoying wine and cheese on our grounds or attending our events. We can’t wait to see what the next 3 years has in store for us!

We were lucky enough to have Anitra Wells at our 3rd Birthday Party to capture the celebrations, so feel free to head over to our Facebook page to see what we got up to!

Any cookies that may not be particularly necessary for the website to function and is used specifically to collect user personal data via analytics, ads, other embedded contents are termed as non-necessary cookies. It is mandatory to procure user consent prior to running these cookies on your website.