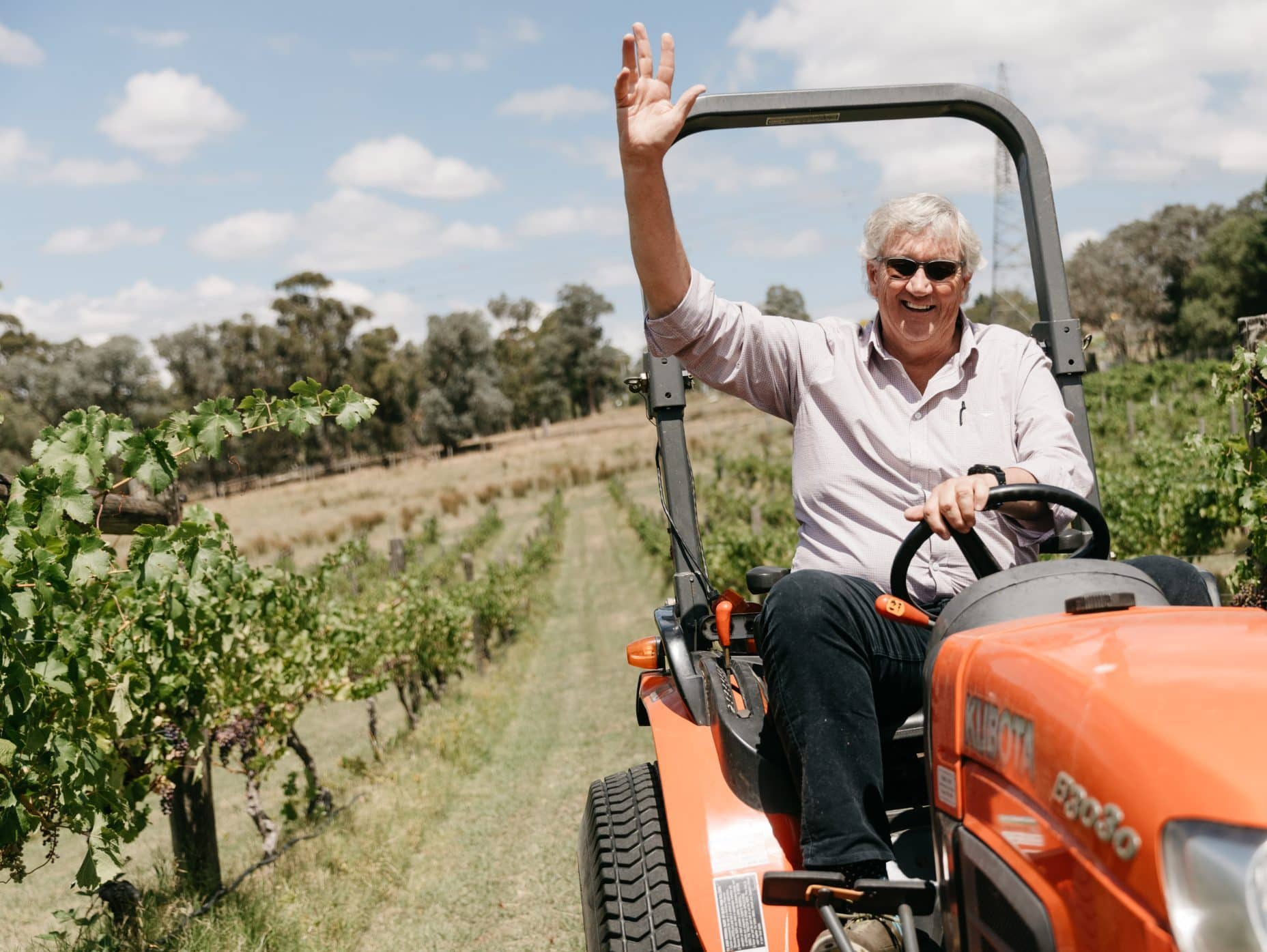 ROB DOLAN IS KNOWN FOR HIS SKILL IN THE WINERY, PASSION FOR HELPING OTHERS, AND CHEEKY CHARACTER. WE’RE SO EXCITED TO BE CELEBRATING 10 YEARS OF ROB DOLAN WINES.

Rob grew up in Riverland South Australia and loved having a wine with his mum, which led to the nickname “Riesling”. After an AFL football career and two premierships under his belt, Rob set his sights on winemaking, and kicked-off his career in the Hunter Valley before heading to Yarra Ridge.

Rob is credited with much of the success of Yarra Ridge in the early 90’s, leading to the Yarra Valley as the iconic region we know it today. Rob went on to build two more contract winemaking ventures and in doing so launched two highly successful Yarra Valley brands – Sticks and Punt Road (“Sticks” being Rob’s nickname as a premiership ruckman with Port Adelaide Football Club… don’t hold that against him!)

Rob ventured out on his own in 2010, his first vintage was made with borrowed grapes and the help of mates. Within two years, he moved to the current Rob Dolan Winery in Warrandtye South. Within four years, James Halliday named Rob Dolan Wines the Top Newcomer Winery of the Year.

Today, 10 years later, as Rob’s wines continue to gain momentum around Australia and the world, his focus remains on strong relationships with growers and supporting his young and diverse team.

“Yeah, I am proud of what I’ve done, but it’s not about just me” says Rob, “I think this is all about the team, this isn’t a
one-person band.”

“I wouldn’t be here without our growers, my partners and our team”

“My winemaking journey has been long, and gone in many different directions, but really it’s been a hell of a ride, and I’ve enjoyed every step of it.” 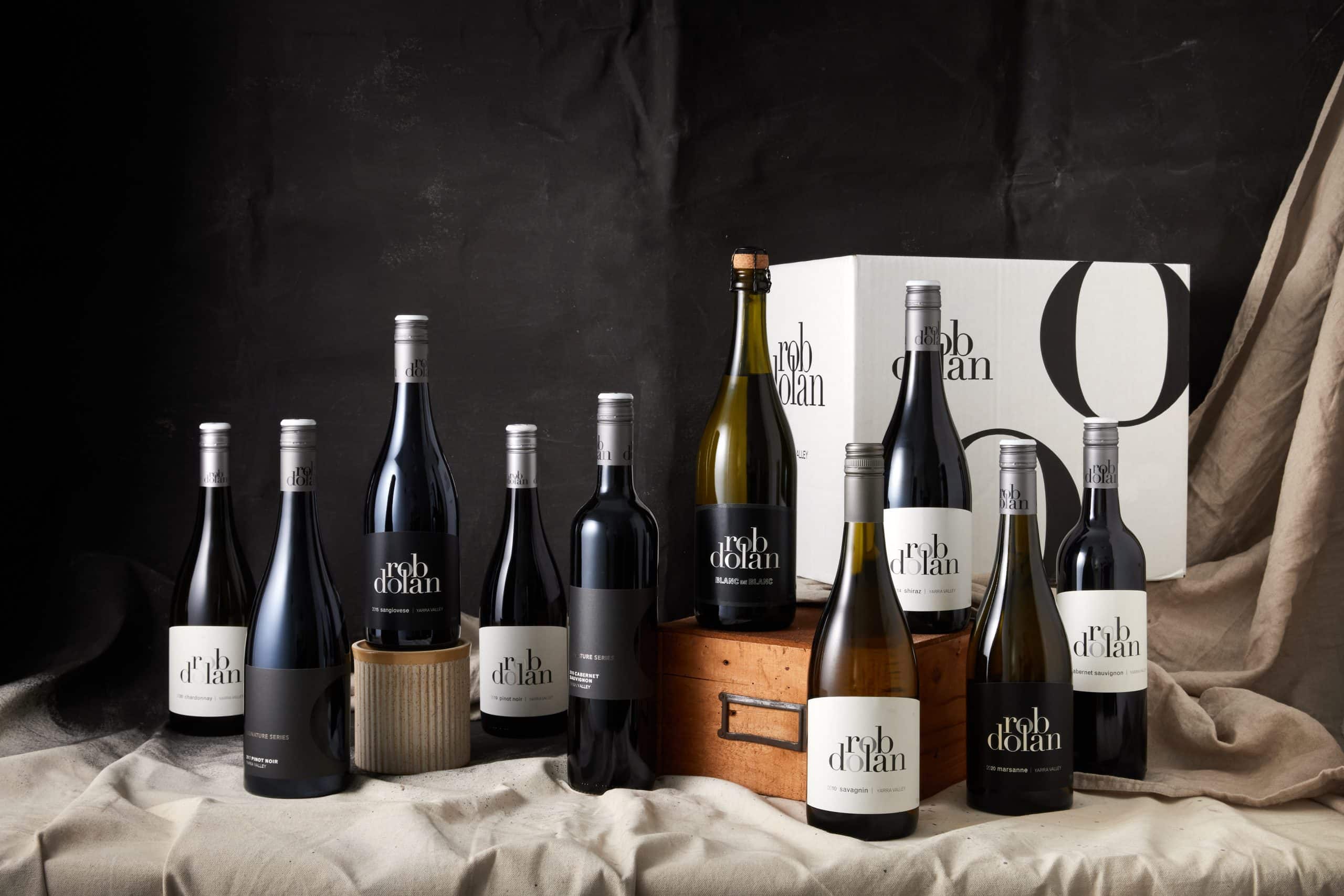 To celebrate Rob’s years of experience and expertise, we’ve developed a very special pack, which is designed to be cellared and enjoyed over the next 10 years.
This pack includes 10 wines that have been hand-selected by Rob and Meg, with hand-written cellaring dates. The pack includes a mix of both current and museum wines, which usually aren’t available to purchase.

3. Mel Gilcrist, Marketing Manager: White Label Pinot Noir
“I can be a Pinot Noir snob, but I was so impressed when I tasted this! Amazing Pinot Noir.”

4. The Saunders, Growers: Black Label Savagnin
“Grown here on our property, it’s another demonstration of Rob’s resilience, of making something good happen, when things don’t go the way you expected.”

5. Scott Fitzgerald, Cellar Door Manager: White Label Chardonnay
“It’s the wine I could drink in any situation, any day!”

6. Rob Dolan, the man himself: Signature Series Cabernet Sauvignon
“The Yarra Valley was built on Cabernet… I can’t believe people don’t drink more of it!” 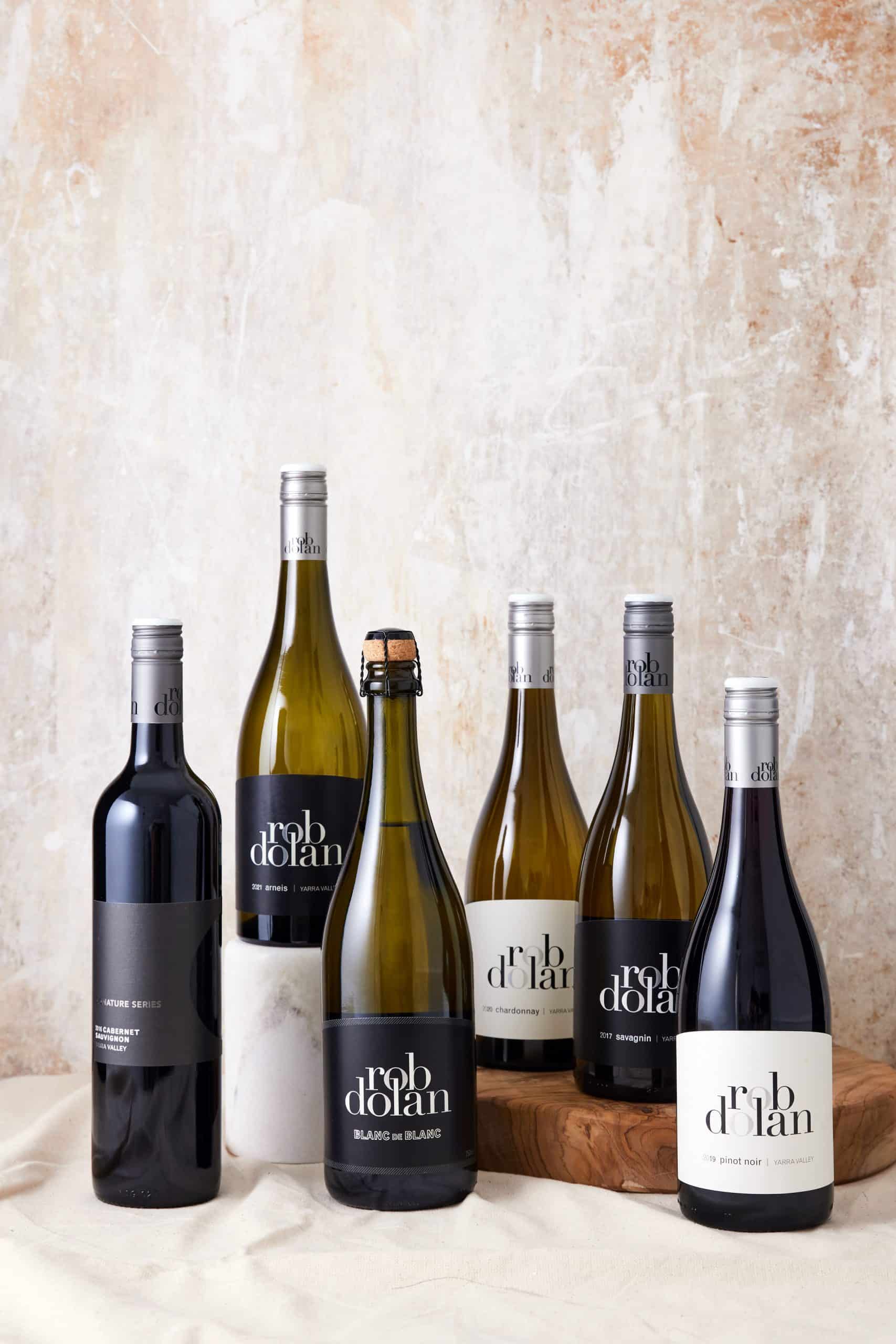 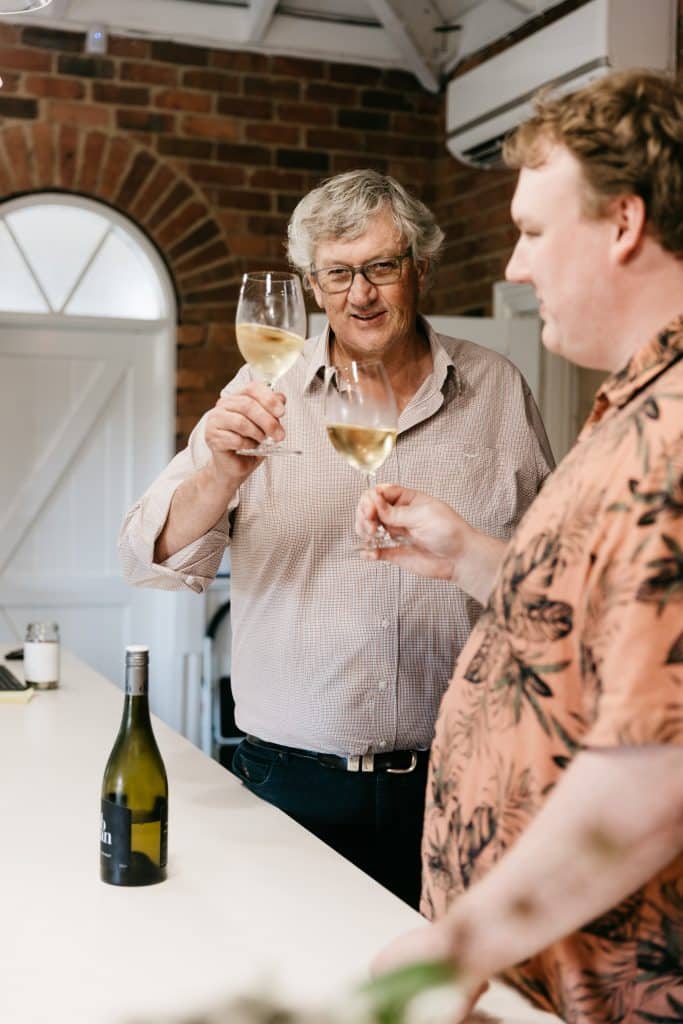 Try 4 of Rob’s most iconic wines in our Cellar Door. Your last chance to taste the first wine we’ve ever made!

The flight includes:
1. 2010 Savagnin – from our first ever vintage
2. 2014 Shiraz – the year we were awarded best Newcomer Winery of the Year
3. 2015 Blanc de Blanc – Cellar Door opens, and we make our first sparkling wine
4. 2017 Signature Series Cabernet – awarded best Cabernet in the world at the HKIWS