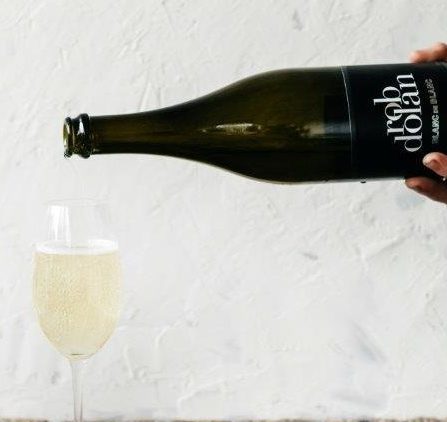 29 Jun All about Vegan Wine

People are increasingly looking to cut down or cut out meat and meat products, and as the options grow for food and clothing, the same is going for wine.

What? You say; isn’t wine just grapes? Not quite.

In this podcast episode, Mel gets the answers from Meg, Master of Wine, about vegan wines – what makes a wine not-vegan in the first place, and if their plant-based counterparts are any good.

Here’s what Meg had to say…

Most winemakers fine their wines, this is the removal of unwanted components. For example, if a wine is bitter or astringent (drying tannin) winemakers can use certain proteins to bind together with these compounds, which in-turn bind and drop out of the wine. Meg suspects animal products were originally used as wines were often made on farms.

The most common proteins used for this process are milk (casein), egg white, gelatine, and isinglass (from fish). If winemakers use these, the wine can’t be vegan – despite the fact that the animal products do not remain in the wine. The reason milk or egg is sometimes put on the label is out of “an abundance of caution” due to allergens.

So then, how can you make a wine vegan?

According to Meg, in the last 5 years two proteins have emerged which are able to perform a similar job; one comes from potato, one from peas. At Rob Dolan Wines, we’re experimenting with both, and while most of our wine is vegan, our aim is to transition the remaining products as well. This is so we’re able to cater to those consuming a vegan diet, and also recognising that it’s better for the planet.

Do vegan wines taste any different?

Different proteins do have a different impact on wines, however Meg says that pea protein is so similar to egg that she’d happily never use egg again. And while milk and isinglass do a different job, (like fixing a browning colour in white wines) Meg says good winemaking can negate the need for these.

What about your Rob Dolan Blanc de Blanc? Why isn’t that vegan anymore?

Good question. In the winery, we need to have full tanks so the wine does not become oxidised, so sometimes we use previous vintages to top up a wine (this can also add complexity to the blend).

In 2020, we “topped up” the Rob Dolan Blanc de Blanc from a previous vintage, this amounted to less than .1% of the wine; so when we went to label, we couldn’t say it was vegan even though it was a negligible amount.

It was a good learning experience for us, to understand how many people care about this wine being vegan – and it will be from now on. It was also interesting that upon explanation, many people who choose vegan wines decided they were comfortable drinking the Rob Dolan Blanc de Blanc in the knowledge that 99.9% of the wine contained no animal protein, and because it is the way forward for our winery.

Are other wineries making the transition to vegan?

Meg believes most will, especially premium brands. However, wineries who make larger quantities of wine will find it harder to make the transition.

This is because “time is money;” egg protein is added to speed up the process, and milk can be used during fermentation. Conversely, vegan proteins need to be used post-fermentation which essentially adds another step to the process. This is harder to justify when you’re trying to hit the shelves at under $10-15. The industry as a whole might get there one day, but according to Meg, it will be a long road.